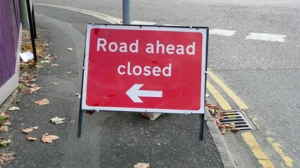 Boris Johnson has cut funds to improve local roads by 10% in Enfield and 5% in Haringey in the past three years, figures released today reveal. Local London Assembly Member Joanne McCartney is calling on the Mayor to reverse the cuts and invest in Enfield and Haringey’s road network.

Joanne said: “The mayor needs to get a grip on investment into Enfield And Haringey’s road network. We’ve already seen what can happen if investment isn’t forthcoming from potholes to the closure of the Hammersmith flyover”

“It looks like he’s focussing on central London and favouring certain boroughs at the expense of ours. Instead he needs to take a fairer approach that spreads investment across the capital. The mayor’s election promise to stand up for outer London seems pretty empty now.’”