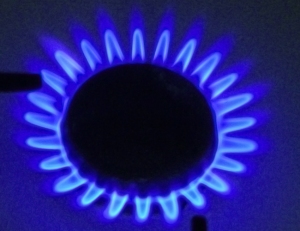 Mayor Boris Johnson has been criticised by local London Assembly Member Joanne McCartney for failing to deliver on his flagship policy to reduce fuel bills in Enfield & Haringey. As local residents face huge energy price hikes this winter, new figures reveal that the Mayor’s promise to insulate 200,000 home across London has flopped.

There are around 94,000 homes in Haringey, but to date only 527 homes have been made more fuel efficient. More alarming is that work has not even begun in Enfield due to hold ups in grant funding for the scheme, meaning that none of the borough’s 126,000 homes have benefited.

Households that have been treated save over £150 on average a year on their fuel bills.

The Mayor promised to insulate 200,000 homes across London by 2012. Launching his ‘RE:NEW’ scheme in August 2009 he said 200,000 homes would “have a free carbon makeover by 2012″ to help alleviate fuel poverty. Under the scheme, assessors visit households in specific neighbourhoods to give energy and water saving advice. Homes can be given a green ‘makeover’ for free or at a subsidised rate. But across London only 16,000 homes have been treated since the scheme was launched.

At the current rate it will take 23 years to ‘green’ 200,000 homes as promised. Even then this would be just a fraction of the 3.4million homes in the capital.

Local London Assembly Member Joanne McCartney said: “London has some of the worst insulated homes in the country and disgraceful levels of fuel poverty. This is a great scheme and it should be helping households across London to reduce their bills.”

Joanne continued: “It’s a scandal that so few homes have been insulated in Haringey, and the dreadful delay in getting funding through to Enfield is inexcusable. Boris’ failure to deliver on one of his flagship policies is outrageous. Energy prices are going through the roof the Mayor should be doing all he can to ease the pain this winter.”