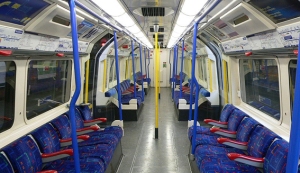 Tube boss confesses to London Assembly Member Joanne McCartney that the works and funding for the Piccadilly Line upgrade will not be known for years.

At the London Assembly Transport Committee Meeting this morning, Mike Brown, Managing Director of London Underground, told Joanne McCartney that funding and the future of the line will not be known until the end of this Parliament – another four years away.

“This is yet another setback for our main tube line inEnfieldand Haringey.  Residents were frustrated last year when we heard that the upgrade wouldn’t be completed by 2014 – even though the Mayor had previously said it would be.  And the revelation today is that we have to wait another four years to find out if it’s going to happen at all.”

The much needed upgrade for the Piccadilly Line would increase the capacity of the line by 24% and decrease journey times by 19%.

Joanne continued: “This is very disappointing news.  The upgrade programme for the line currently has no committed funding and not even a vague notion of a timetable for the works – in short, it looks like we haven’t got an upgrade programme at all.”